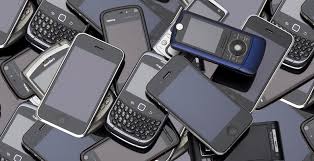 M is for Mobile

In the Museum of Bad Futurology wherein are treasured the dangerous forecasts to which marketers are easily prone, there is an absolute stinker which dates from the early 1980’s, and was published by a well known and highly celebrated management consulting firm.

Its report was into the potential market for personal mobile communications and its forecast for a well-known British utility suggested that the UK market would max out at just 500,000 units. Now this was 1983, and the consultants did make some reasonable assumptions about the number of small businessman (carpenters, electricians and mobile candlestick makers etc) who might be interested in an expensive and unproven new gadget. But that can only be partial mitigation, because the advent of the mobile telephone has actually been the most important advance in communications and marketing since Johannes Gutenberg invented print five hundred years ago.

Today, it’s been estimated that there are just under 7 billion phone subscriptions and many of these have provided people with astounding new ways to connect, share, transact, search and pass the time and in so doing the good old moby has become the most loved inanimate thing on Earth. Until recently, the marketing world considered the mobile to be just another new medium to put into the comms plan, whereas now, fully loaded with apps and bank account details, it is not only a manifestation of personal identity, but also a powerful proxy for the real thing.

There can surely be no better recent example of the dangers of myopia in contemplating market potential than the case of mobile phones.