was born in Staffordshire and studied Modern History at Brasenose College, Oxford before moving into the heady world of advertising on the same day that Elvis died.

Surviving the mayhem of his first two agencies, he finally found his game at The Creative Business, where as their first Director of Strategic Planning, he discovered that fantastic legal highs could be experienced in the creation of new brands, and did so courtesy of Guinness, Unilever and Shell. 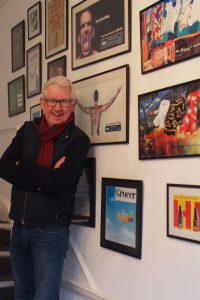 In 1986, he was ready to launch his own brand: The Value Engineers, one of a new wave of British strategic consultancies that grabbed the global marketing agenda. TVE has now worked for what’s been described as a Who’s Who of global brands.

Under TVE’s colours, Paul has built brands for Diageo, Carlsberg, BA and Quorn, the first new food ingredient since yoghurt.

In 2005, he sold The Value Engineers to Cello Group and joined their board as Group Director of Strategy, responsible for business development and talent.

Announcing his retirement from the PLC in 2012, Paul now combines his fascination for brand strategy with a passion for poetry and beer and especially The Shotover Brewing Company  He can be found in Oxford or the south of France practising his gambits, gambardoes and game-plans.