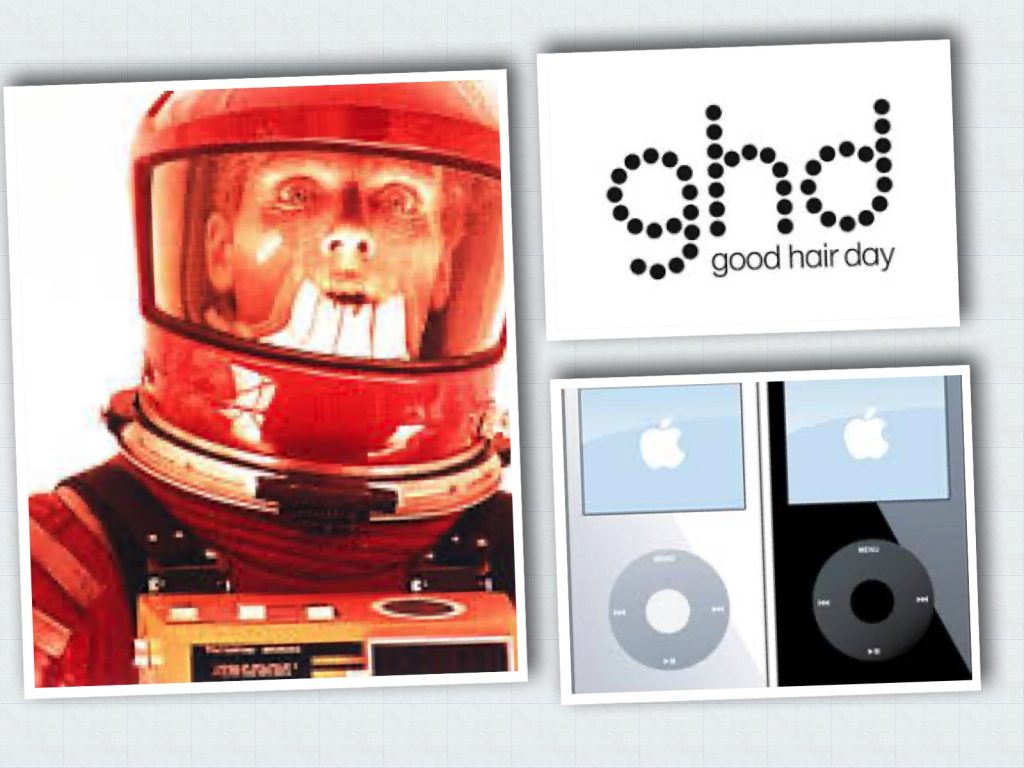 From the Brand Historian’s Timeline: 2001

Kubrick’s 1968 movie envisioned 2001 as a year of technological wonder, but by the time it arrived, two of the most important launches of that year were – at least in product terms – pretty incremental, very much building upon what already existed. But both achieved phenomenal success due to their appreciation of the power of branding and the value it can add by transforming the way we look at things.

Women (and no doubt, men) have been straightening their hair for centuries, but the origins of modern hair straightening products date back to the late nineteenth century when hot combs and chemical scalp treatments began to become fashionable in the capitals of Europe. In 1909, Isaac K Shero patented the first hair straightener that we would recognise today – two flat irons that heated and pressed together which worked by breaking down the positive hydrogen bonds found in the hair’s cortex.

Hair fashions come and go but in 2001 Robert Powls, a mover and crimper the salon world of Leeds saw potential in a new pair of straighteners that had been developed in South Korea, and with a couple of local business partners, acquired the production and distribution rights. He called the product GHD – Good Hair Day – and convinced of its efficacy, decided to pitch it at a super-premium price in his and other local hair salons: the sacred temples of hair knowledge where brand authority could be created and diffused. Within a couple of years, salon advocates helped GHD jump rapidly from B2B to B2C, and then with the support of savvy partnerships with reality TV programmes, Victoria’s Secret, Jennifer Aniston and Victoria Beckham, GHD became a global phenomenon and before long, a favourite target of private equity.

In the same year, Apple launched the iPod, its contender in the promising but then confusingly immature market for digital music players. Again, there was perhaps nothing earth shatteringly novel in the product, but the brand skin was the Jonathan Ives cool design channelling classics like Braun and B&O, and in keeping with Steve Job’s vision to position the product as The Walkman of the Twenty First Century, Apple found a compelling consumer proposition (‘1000 songs in your pocket’) which really cut through.

A few months earlier in 2001, it had launched iTunes, its digital music platform. The combination of a great looking product complete with tactile track wheel, a clear selling proposition and the ability to synchronise music libraries quickly and easily soon gave Apple a commanding position to drive momentum in the category that was now the bridge between the old analogue and the new digital music worlds. The launch of the iTunes Store in 2003 and successive waves of new iPods great and small, reinforced Apple’s position as the undoubted world leader of digital music.

It is interesting to note that GHD Straighteners and the iPod consist mainly of metal, plastic and electronic components but by a cute understanding of the consumer and the deployment of powerful branding techniques their owners made the gestalts much bigger than the sum of the parts.

Incremental can also be radical if you work hard at it.

Background music to straighten your hair to:
Janet Jackson All for you