New is the New Old 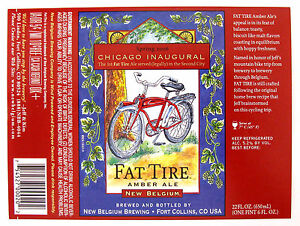 In the marketing lexicon, new is one of the most important words of power, because like a neon sign in the motorway darkness, it captures our attention and helps spotlight desire. It’s also one of marketing’s very own buy-one-get-one-free’s because this is one word with two very different meanings.

The first, which we may call the New/New describes something just or recently created and which has not existed before. The New/New often triggers a feeling within us which are an  interesting combination of excitement and hesitation, because novelty can be unfamiliar and off-putting. Consider a list of new words which first entered the language in 1985: yuppy, tankini, emoticon and microbrew. All needed significant education to get them understood and adopted, and there were many wanabees that year that didn’t make it into the dictionary.

The other new is in fact a New/Old, because it involves finding a new angle on something we have seen before. In 1985, in the same year that marketing folk were getting excited about yuppies and their Filofaxes, they were also getting animated about the launch of New Coke, described by Coca Cola’s own website as ‘the biggest marketing blunder in history.’

On that day, The Coca-Cola Company took arguably the biggest risk in consumer goods history, announcing that it was changing the formula for the world’s most popular soft drink, and spawning consumer angst the likes of which no business has ever seen.

Rejected by the consumer and the trade, New Coke died a slow, lingering death before disappearing from the shelves in 1992. But the fate of New Coke is exceptional, because normally the New/Old option is a far safer path for marketeers to follow.

As many explorers have already discovered, the past can be creatively employed to inspire an interesting future. Coast to coast, the United States of America is littered with New/Olds like New Berlin and New Bethlehem, New Orleans and New Prague; New London and New Richmond. Before the Brits rebranded it in 1664, New York had been New Amsterdam, founded by the Dutch West India Company in 1626. Challenging our normal cartographic expectations, you will find New England, New Holland and New Sweden lying close by each other, whereas as far away from the Low Countries as you can get, you will find a New Belgium in the foothills of the Rockies.

New Belgium is one of The Brand Historian’s favourite beer brands and its wonderful amber ale Fat Tire has helped maintain his morale on many a challenging business trip to the Mid-West.

At exactly the same time as microbrew was entering the language, an engineer with a passion for beer called Jeff Lebesch took his bicycle on a study tour of Flanders and its monastic beer heritage trail. Weeks later, and with a panier full of inspiration, he headed back to Fort Collins, a college town in Colorado and started brewing beers like 1554 Black Ale in his home. Fortunately, Kim Jordan, his wife, seemed to like the idea and in 1991, New Belgium opened for business. The couple demonstrated a real skill for brewing non-standard beer and a real flair for telling their story in a quirky, non-standard way, and before long New Belgium beers were selling well in the mountain states and also in the microbrewing strongholds of Washington and Oregon. It was about this time when I first discovered New Belgium bottles on a drinks project that took me to Denver.

Only a few years later, New Belgium beers had become far more ubiquitous in US bars. What took New Belgium out of the microbrew niche, crossing the cultural chasm into the mainstream, as Professor Doug Holt put it, was the decision to focus all the effort on Fat Tire, the toothsome amber ale with the lovely water colour labels by Anne Fitch which feature New Belgium’s signature bike. Positioning the brand as BoHo playful explorers, it encouraged its upscale, intelligent target drinkers to “Follow your folly”, adding “Ours is beer”

The strategy worked and the brewery grew rapidly, maintaining its distinctive and progressive culture and was ultimately acquired by Kirin in 2019, by which time it had jumped from being a micro into a macro brewer, having entered the US Brewing Top Ten.

Music to celebrate Bohemian life (with a pint of Fat Tire):